How could channelling funds to local leaders be made more equitable? Here are some suggestions.

Our Founder and CEO, Edmund Page, offers his suggestions on how funding, contracts and partnerships with local agencies can be made more equitable.

by Edmund PagePublished 1 year ago 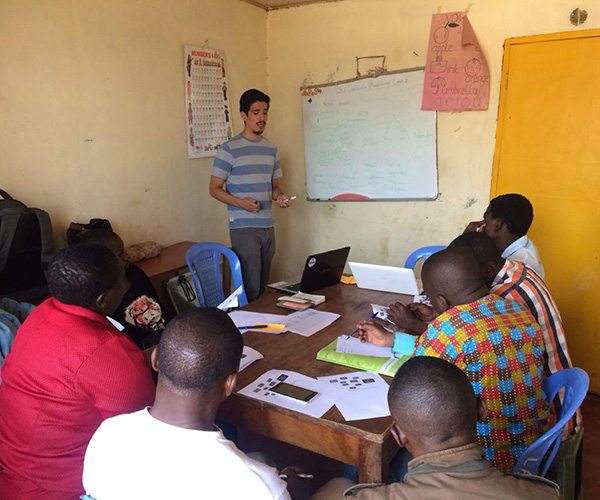 Since at least 2016, there has been an increasing furore within the humanitarian sector around localisation and shifting power towards those affected by the crisis. There is concerning evidence that a lot of this furore constitutes lip-service rather than action. For example, the total humanitarian funding received by local and national actors actually reduced between 2018 and 2019. It went up again in 2020 from 2.1% of all humanitarian funding to the still shockingly low 3.1% last year. Nonetheless, localisation seems to become one of the major buzzwords within our sector and I feel that it has become a mainstream topic only since the beginning of the pandemic.

The concept of localisation usually gets reduced to the control over resources, most particularly international humanitarian funding. In my last blog, I argued that having nominal control over resources does not constitute “localisation” if the ideas, the strategies, the vision and the data is owned and controlled by international actors as opposed to the local communities affected by crisis or conflict. Putting money in the hands of local humanitarian actors such as RLOs is relatively easy to do if your main objective is to score highly on tokenistic metrics such as the sum of funds that go through local agency bank accounts. An example of this would be recruiting small local agencies as contractors whereby the donor prescribes tightly defined activities and strict accountability measures are put in place. At best, these contracts can shackle the local agency with the high demands and with the levels of detail required in reporting. At worst they exploit the local agency, with staff often expected to carry out menial or dangerous jobs with less protection and with less or sometimes no reward. Local agencies are often sought out for such contracts because using local agencies for this work is immediately expedient to the funder, even though it is sold as a great and generous opportunity being offered to the local agency.

When funding opportunities are open to a wider selection of applicants, advocates for localisation usually complain that eligibility criteria and the demands in the proposal writing process end up excluding most local humanitarian actors such as refugee-led organisations. This is true, and these complaints are having an effect. I have been encouraged to see some funders changing their eligibility criteria and actively encouraging local NGOs to submit proposals. However, there are implicit elements of this process that are not equitable and are never challenged.
Firstly, on reporting and evidence. It is accepted across the sector that when reporting on results as well as financial aspects fund recipients use reporting templates and procedures designed by the donors. This is seen as acceptable because donors should be able to determine the data points they need to assess the effectiveness of their funding. The result for any grantee implementing multiple grants is a mishmash of reporting structures that typically request very similar bits of information in a slightly different way or in slightly different time intervals. Navigating this process is a waste of time, and is expensive, with some contracts demanding the allocation of full-time staff to simply complete the required administration.

The imposition of pre-designed reporting frameworks also leaves no space for collaboration in the way success is framed for a project. This can mean that priorities for the project are established in advance by someone who does not really know the community. For example, a reporting structure that focuses heavily on numbers and outputs assumes that the quantity of people reached is more important than the quality of services delivered, and this might not be an assumption shared by the community for which the project is being implemented.

Ideal forms of funding demand less in terms of strict reporting requirements. Funders should channel long term support to leaders who have a track record of making positive changes in their communities (I will continue to advocate for this). However, unrestricted funding will not suit all donors in the near future. It’s important that donors can suggest, or insist on the kinds of data points they will be looking for, but they should always be open to co-designing this process with the grantees, especially when the grantees are local leaders, as a real form of shifting power to communities. This might mean sacrificing pre-designed reporting templates in some cases, which will be easier if the local agency grantees, such as RLOs, can proactively put forward reporting structures that can prove impact in a way that meets the donor requirements. Xavier Project will support RLOs to do this from now on.

If this can be said for reporting structures, perhaps one day the same can apply to the contracting phase of a partnership. This is such an alien idea at the moment that it usually provokes shock when I mention it. The line goes that donors have pre-designed contracts that have been very carefully crafted by their legal teams. They would be putting themselves at risk legally by co-designing implementing contracts with grant recipients. As such, it is made very clear when a grantee receives a branded contract in PDF form, that they are to sign what they get if they want to see a penny of that money. Again, this might not be in the interest of the grantee, especially local agency leaders who may not have been exposed to reams of legal jargon. The terms of contracts can put them at risk but they don’t feel they have the choice but to sign against every clause. An example would be results-based financing, when a percentage of the grant is held back until the project has been completed, thus putting agencies at risk of committing resources that might not be reimbursed if the funder is not happy with the reported outcomes. The worst part is that these contracts are not always followed anyway. An example would be the clauses that rule out “pre-financing” on the part of the grantee, who are nonetheless expected to pre-finance expenses with their own funds when donors delay disbursements.

Conversely, imagine a system in which the grantee makes the first moves in the contracting phases, offering a contract template they are comfortable with that a donor could incorporate into a shared template. There could be ways to reduce the workload of the donor legal teams, such as if the local agencies propose more standardised terms or templates that are used widely and already align with typical donor requirements, alongside nuanced clauses relevant to the local context. This will be an idea rejected by most donors but it would be a good example of a shift in the power structures of humanitarian aid.

Putting money into the bank accounts of local agencies, such as RLOs, does not go the whole way in shifting power per se – not by any means. The purposes and even the means such as the reporting and contracting elements are just as important, and more equitable approaches are yet to be meaningfully explored.

Assistive devices for children living with disability in Kampala