Who owns the ideas?

Our CEO and Founder, Edmund Page, discusses why in protracted refugee contexts the aid sector need to stop deciding HOW the lives of refugees should be improved.

by Edmund PagePublished 2 years ago 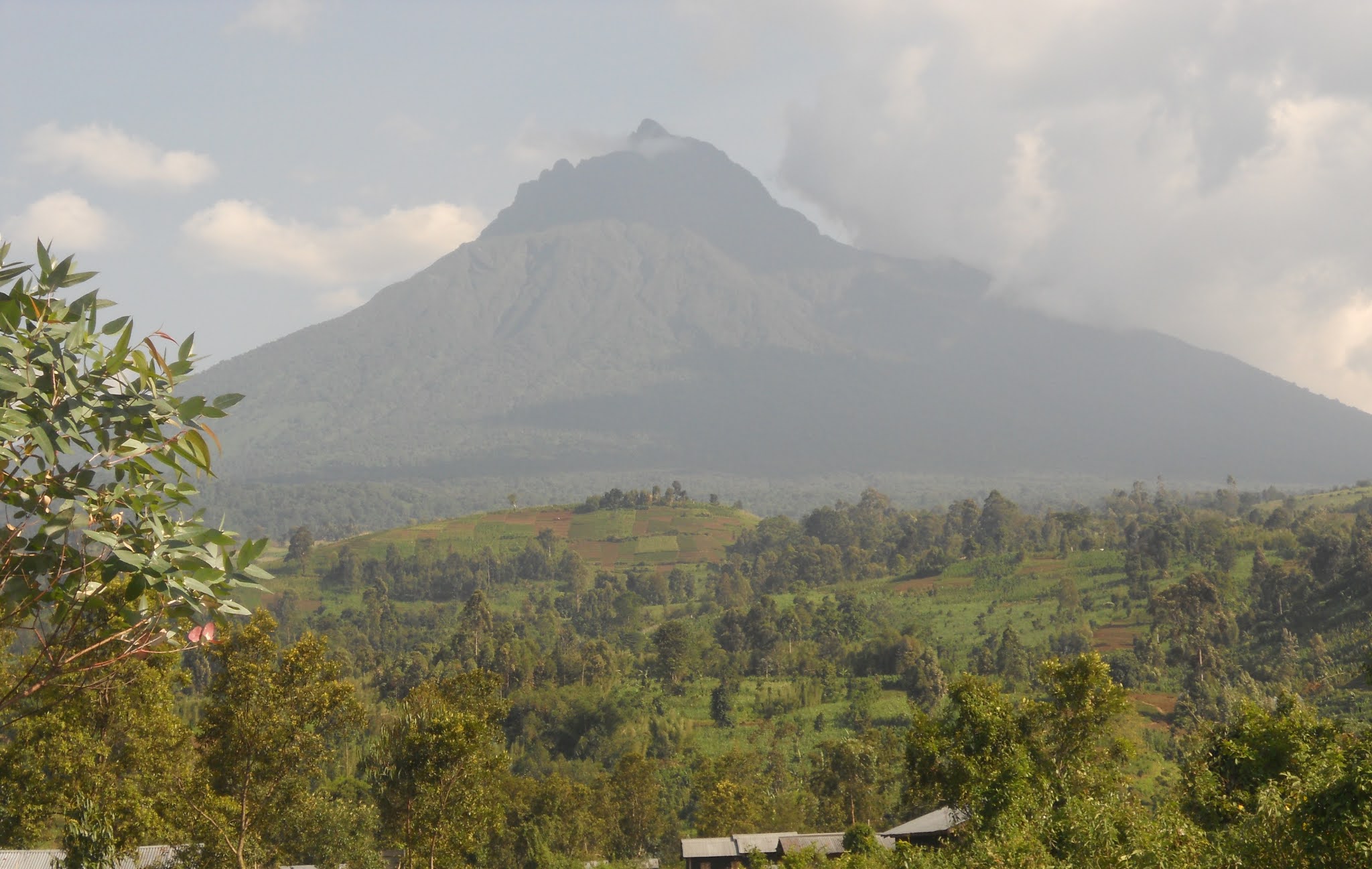 In emergencies, forcibly displaced people’s lives are turned upside down. They need help from others, often they need help to survive. When people are at their weakest they often need people to make decisions on their behalf, just so they remain protected, fed and sheltered – this is true for all of us, refugees or not. It is not a position any of us want to be in.

Within a remarkably short time, most people who have received emergency aid in the time of a crisis, transition to being able to and wanting to look after themselves and their own families and make decisions for themselves. Refugee contexts around the world are increasingly protracted. Refugee hosting areas, such as the camps and settlements in Kenya and Uganda, have developed into societies that have elements and characteristics that emulate any other society in the world, and in many cases reflect the characteristics of the societies in the countries of origin they have fled from. Most refugees (though not all) shifted from a position of pure dependency to relative self-reliance a long time ago, thanks in part to emergency response interventions reaching them at their time of greatest need.

“Refugee hosting areas, such as the camps and settlements in Kenya and Uganda, have developed into societies that have elements and characteristics that emulate any other society in the world, and in many cases reflect the characteristics of the societies in the countries of origin they have fled from.”

But the humanitarian aid sector has struggled to appreciate what this means, and at times refuses to accept it at all. If a group of people are in the position to make the decisions that affect their communities, why don’t we let them do so?

In January 2012 I visited a village called Rugari in East DR Congo. It still stands as the most beautiful place I have ever been (see image above), perched halfway up a semi-active volcano overlooking a verdant tectonic landscape. There were a few soldiers with multifarious uniforms hanging around but no representation from any other kind of institution like NGOs or the UN. I met the mayor of the village, Eric, who shared with me the development plans that were unrolling in the village.

In March 2012 the M23 rebellion, sparked by the likes of war criminal Bosco Ntaganda, swept through this part of Congo. I have not been back to Rugari but I hear it still hasn’t fully recovered from the trauma of that time. Every single inhabitant was displaced and most fled to Uganda, though some, such as Eric, remained in IDP camps outside Goma city.

Rwamwanja Refugee Settlement in 2012 – 2013 was the host of emergency response, an emergency of hundreds of thousands of Congolese refugees fleeing to Uganda from the M23 war. I didn’t go there at the time but I remember hearing about the desperation in Rwamwanja while in agency meetings in Kampala. When I did go to Rwamwanja in 2015 I met many people from Rugari, including some who knew Eric the mayor. It seemed that all the refugees who fled Rugari ended up in Rwamwanja. But by 2015 the refugees in Rwamwanja had, on the whole, already transitioned from dependency to self-reliance. They were demonstrating the remarkable resilience of a population who had picked themselves up after the multiple conflicts affecting the region since the early 1990s. Now in 2021, these same people are developing their own community, and what is more, they are investing their time, energy and resources into improving the lives of the local Ugandan population too. These are people who know how to get their lives back in motion, but in practice, the humanitarian system still limits the agency they have over their lives.

Refugees from around Rugari now innovating in Rwamwanja

In recent years the humanitarian aid sector has pushed words like “participation”, “localisation” “accountability” and “partnerships” to the fore. This is fuelled by the collective realisation that people affected by conflict should be involved in the decisions that affect their futures, especially since the refugee contexts have become so protracted (though it should be noted that there is resistance even to this). This has certainly changed the structure of refugee responses. Refugee leaders are involved in the implementation of humanitarian aid interventions, but the nature of their role would usually be best described as “sub-contracting”. This is because however involved refugees might be in humanitarian implementation, the ideas come from above, and ultimately are dictated by donors. Transitioning power over decisions and resources will go no further unless this brick wall is removed and claims of “localisation” will only ever be lip-service to what the concept should really mean.

“This is because however involved refugees might be in humanitarian implementation, the ideas come from above, and ultimately are dictated by donors. Transitioning power over decisions and resources will go no further unless this brick wall is removed and claims of “localisation” will only ever be lip-service to what the concept should really mean.”

It could arguably be justifiable for a donor to develop their funding programme based on what they see as the biggest need. You could argue that they have a broader perspective than people on the ground and are party to evidence that shows one problem to be bigger than another. For example, data will show that fewer girls are accessing education or there is not enough iron in refugee diets. If a donor or large NGO is passionate about addressing these specific problems then that is understandable (after all Xavier Project used to be this), but it will be impossible to claim that the intervention is led or owned by the community. Frankly, this consequently means that the results of the project are unlikely to be sustained far beyond the duration of the funding programme too (yes Xavier Project has been there). The intervention will not be led by the community because it was not their idea – it was the donor idea.

Calls for proposals by donors, large or small, vary in specificity, but the funding is (virtually) always specified in one way or another, and is also available only to implementers who meet hard and soft criteria (such as confidence in humanitarian language). In 98% [1] of cases, funding goes to large agencies who add to the idea laid out in the funding programme – it is not really their own idea at this point. To give an example, a funding programme will highlight a priority of reducing school drop-out rates (this is their idea) and an implementer will add details to this idea in terms of what they intend to do to reduce drop-out rates. Once funding is secured the agency might approach the community for their “participation”. Paradoxically (and we have been guilty of this) they might tell the community that this is their project and that they should now take ownership of it.

To me, it is the monopolisation of ideas by humanitarians that is most concerning, over and above the monopolisation of resources (which will one day change too), partly because the solutions to changing it seem to be so much more straight-forward – just stop coming up with the ideas if you want the changes to be owned by the community. Some will say this will lead to nothing being done or poorly researched programming, or chaos.

These assumptions are wrong, and they are being proven to be wrong. In 2020, when humanitarian aid structures were themselves thrown into chaos, it was the refugee leaders at the front of the humanitarian response, doing more (with less) than any other humanitarian actors. The same people who had regenerated villages like Rugari in Eastern DR Congo in times of crisis were steering their new communities through times of crises and reaching the most vulnerable. The assumption that programmes will be poorly researched and less effective than interventions from larger actors is being proven wrong by the nascent but rapidly scaling trend of refugee-led research, with the Refugee Led Research Hub in East Africa pioneering scalable approaches. Finally, the assumption that lots of smaller refugee-led initiatives working together will be chaotic is being countered by the impressive examples of coordination and networking among refugee leaders, from the Global Refugee Led Network down to national, sub-national and camp level chapters of refugee leadership collaboratives.

Other factors holding back this transformation of the aid sector include a lack of imagination around what is possible. I often hear people from large agencies say, “refugee leadership is fine in some sectors like informal education or livelihoods, but surely they are not going to lead in areas such as shelter or healthcare or protection?”. Have you asked refugee leaders what their thoughts are on this question? They will tell you that refugees already do lead in these sectors and would do more so if given the space to. Either that or they would be happy to support hosting nation authorities in integrating services into state systems.

Another factor is that humanitarian aid workers fear redundancy if the power of idea generation is taken away from them. This might be natural if unjustified fear, but if they want to keep busy and relevant there will be a huge amount of work to do in capacity sharing, facilitating the flow of funding, supporting with co-ordination and advocating with communities around new ways of working.

Meanwhile, donors are coming round to this idea with select pioneers leading the way and showing what is possible. After years of unsustainable humanitarian interventions, funding cuts in the aftermath of COVID19, and movements to decolonise humanitarian aid, donors are starting to look for alternative models of funding. One option is going back towards funding the hosting state more directly, such as transitioning refugee education into hosting national systems, and this is good, especially if the authorities are open to collaborating with community leaders too. But at the same time, the tide is slowly turning towards community-led ideas in protracted refugee crises. Instead of dressing up business-as-usual in jargon such as “feedback” and “participation” the whole sector needs to embrace this now. Let’s find the refugee leaders and support them in their own vision for change in their communities.

Assistive devices for children living with disability in Kampala